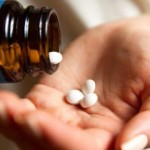 According to Centers for Disease Control and Prevention (CDC), deaths caused by drug overdose have hit an all-time high in the United States, jumping 7 percent in just one year and killing over 40,000 Americans in 2014.

The problem can largely be attributed to the rapid rise in the abuse of opioids, including both prescription pain relievers and heroin.

The below visualization shows drug poisoning deaths per 100,000 people in counties across the U.S. States with the highest concentrations of overdoses include: Kentucky, West Virginia, Nevada, Arizona, and Utah. Historically, large metropolitan areas have the highest rates of drug overdoses, however, that is no longer the case. More deaths from drug overdoses are occurring today in rural and suburban areas.